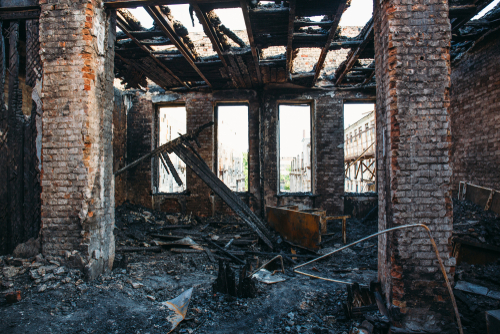 Luigi’s restaurant in Oelwein, Iowa, burned down, resulting in a total loss. Luigi’s was insured under a policy with a limit of insurance of $550,000. The policy provided two methods for determining the actual cash value (ACV) of the loss: First, if there is a regular market for similar properties, the property’s ACV is its market value (the “Market Approach”). If there is no regular market for similar properties, then ACV is the cost of replacing the building with like materials (the “Cost Approach”).

United Fire retained Rally Appraisal to determine the ACV of the loss. Rally used the Market Approach and compared the restaurant to four similar properties. Rally concluded that the ACV of the building (not including the contents therein) was $242,000. United Fire issued payment based on this conclusion.

United Fire reviewed the award and advised that it already paid the contents claim under the separate business personal property coverage. United Fire’s appraiser attempted to withdraw his signature from the appraisal award, claiming that he was misled regarding coverage and was coerced into signing the award. Luigi’s refused to reconsider the award, demanding the full $502,000 award. United Fire then paid the full award on July 12 within the 30 day period provided by the policy.

Luigi’s subsequently sued United Fire for breach of contract in connection with the appraisal process and bad faith. The jury returned a verdict for Luigi’s, awarding contractual damages of $48,000 (the difference between the appraisal and the policy limit), bad faith damages of $42,000, and $30,000 in punitive damages.

On appeal, the Iowa Supreme Court determined that United Fire was entitled to a directed verdict.

No Breach of Contract:

Luigi’s argued that United Fire breached the policy by making an initial “lowball” offer, forcing Luigi’s to invoke appraisal and spend approximately $41,000 on appraisal. Luigi’s’ argument was premised on its belief that it was entitled to recover the policy’s full $550,000 limit in the event of a total loss. The Court found that Luigi’s was not necessarily entitled to the policy’s full limits, explaining that the policy would not provide two methods of determining ACV if the policy already mandated a building value of $550,000.

Luigi’s also argued that United Fire breached the policy by failing to appoint “a competent, experienced appraiser” because its appraiser relied on the Market Approach, not the Cost Approach. The Court rejected this argument, noting that United Fire’s appraiser was a certified real estate appraiser who had participated in 40-50 restaurant appraisals, and that Luigi’s’ own appraiser acknowledged that the building had an ascertainable market value, thus making the Market Approach tenable.

United Fire’s Actions Did Not Amount to Bad Faith:

Luigi’s argued that United Fire’s reliance on Rally’s appraisal results constituted bad-faith denial. The Court disagreed, explaining that “United Fire had no obligation to disregard the opinion of its own expert in favor of the insured’s expert’s opinion. Id. at 10.

Finally, Luigi’s argued that two separate communications from Rally provided grounds for a bad-faith claim. The court held that a letter and an email regarding the disagreement of the appraisal’s scope and the potential of litigation were not bad faith because the question of whether the appraisal would “include consideration of furniture, fixtures, and equipment was open to dispute and thus fairly debatable.” Id. at 13.

The Court’s ruling contains several useful takeaways for insurers and insureds to consider when invoking appraisal. Notably, the court provided analysis regarding how appraisers’ credentials can establish that they are “competent” and “experienced.” The court also clarified that parties may question an agreed appraisal award when there is a legitimate debate as to the intended scope of the appraisal.