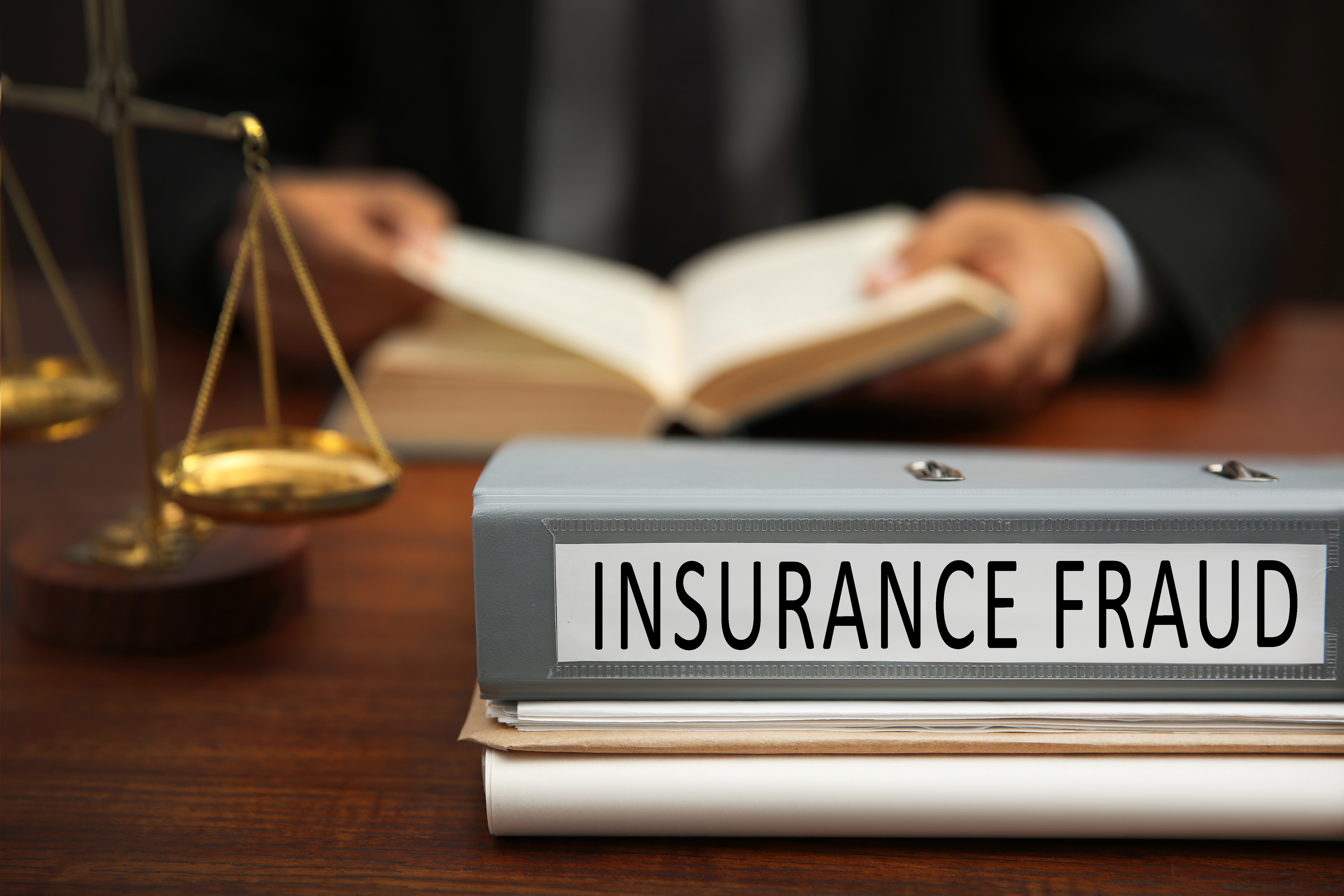 In Texas, and as a general rule, only the four corners of the policy and the four corners of the petition against the insured are relevant in deciding whether the duty to defend applies. Richards v. State Farm Lloyds, ___S.W.3d ___, 2020 WL 1313782 at *1 (Tex. 2020). Texas courts and practitioners refer to this general rule as the “eight-corners” rule. After years of implicitly acknowledging an exception to the eight-corners rule may exist, in Loya Insurance Company v. Avalos, ___ S.W.3d ___, 2020 WL 2089752 (Slip.Op. Tex. May 1, 2020), the Texas Supreme Court affirmatively adopted a narrow exception to the rule: “courts may consider extrinsic evidence regarding whether the insured and a third party suing the insured colluded to make false representations of fact in that suit for the purpose of securing a defense and coverage where they otherwise would not exist.” Id. at *1.

Loya Insurance Company issued an automobile liability policy to Karla Flores Guevara. The policy specifically excluded coverage for Guevara’s husband, Rodolfo Flores. While moving Guevara’s car, Flores collided with another car carrying the Hurtados. Guevara, Flores, and the Hurtados agreed to tell both the responding police officer and the insurer that Guevara, rather than Flores, was driving the car. Guevara sought coverage from Loya for the Hurtados’ claim and Loya furnished an attorney to defend Guevara. Early in the discovery process, Guevara claimed to be the driver. However, she disclosed the lie to her insurer-retained defense attorney right before her deposition. 592 S.W.3d 138, 141-42 (Tex. App.—San Antonio 2018), review granted (Jan. 17, 2020), rev’d, 2020 WL 2089752. The deposition was cancelled and Loya denied a defense and coverage to Guevara. The opinion from the Court of Appeals states that Guevara “testified she did not tell anyone at Loya that Flores was driving until right before her deposition in the underlying suit was to begin.” 592 S.W.3d at 142. After reviewing the briefs filed in the Texas Supreme Court, it is unclear when or how Loya learned of Guevara’s confession. The Hurtados obtained a default judgment against Guevara. The trial court granted summary judgment in favor of the Hurtados and awarded approximately $450,000.00 in damages.

Guevara assigned her rights against Loya to the Hurtados, who then sued Loya alleging negligent denial of the defense and coverage, breach of contract, breach of the duty of good faith and fair dealing, and violation of the Texas Deceptive Trade Practices-Consumer Protection Act (“DTPA”). Loya counterclaimed for breach of contract, fraud, and a declaratory judgment that it owed no defense or coverage because Flores, an excluded driver, was driving at the time of the accident.

Loya deposed Guevara, who recanted her initial statement to the police and Loya that she, rather than Flores, was driving. Both parties filed motions for summary judgment. According to the briefing in the Supreme Court, the police accident report identifying Guevara as the driver that was attached to the Hurtados’ amended motion for summary judgment filed on the day of the summary judgment hearing was struck by the trial court from evidence. The Webb County District Court granted Loya’s motion for summary judgment, remarking at the hearing that the Hurtados were “asking this Court to ignore every rule of justice and help [them] perpetrate a fraud.” The San Antonio Court of Appeals reversed the trial court’s judgment, holding that “as logically contrary as it may seem,” the insurer had a duty to defend under the eight-corners rule. 592 S.W.3d at 145.

The duty to defend is a contractual duty arising from the insurance contract. Richards, 2020 WL 1313782 at *5. In Loya, the Texas Supreme Court acknowledged it has not recognized any exceptions to the strict eight-corners rule, but left open the question whether to do so in an appropriate case. The court decided “[t]his is such a case.” 2020 WL 2089752 at *2.

Guevara’s sworn testimony that she, rather than her husband, was driving and that she “came up with this plot, with the Hurtados, so that [she] could get insurance” came in the coverage dispute after Loya withdrew from defending Guevara. The Texas Supreme Court found there was no dispute the Hurtados agreed with Guevara and her husband to make false statements about who was driving in order to trigger Guevara’s insurance coverage and the insurer’s duty to defend. Id. at *3. Rather, the admissible evidence demonstrated that an excluded driver, Guevara’s husband, was driving and the parties to the underlying case conspired to lie about who was driving to trigger insurance coverage. Id. Notably, the Court stated that had there been a factual dispute in the coverage lawsuit about who was driving at the time of the collision, summary judgment in the coverage case would not have been appropriate. Id. Therefore, the Court concluded the eight-corners rule did not preclude consideration of extrinsic evidence showing collusive fraud by the insured.

No Declaratory Judgment is Required Before an Insurer Terminates its Defense

Next, the Hurtados argued that even under the collusive fraud exception, Loya needed to pursue a declaratory judgment to determine its defense obligation before terminating its representation of Guevara. The Texas Supreme Court disagreed noting two reasons that an insurer confronted with undisputed evidence of collusive fraud may choose to withdraw its defense without first seeking a declaratory judgment. First, parties may pursue a declaratory judgment only if a justiciable controversy exists. Bonham State Bank v. Beadle, 907 S.W.2d 465, 467 (Tex. 1995). Under the facts here, an insurer could well conclude there is no justiciable controversy between it and its insured. 2020 WL 2089752 at *4. Nor would a declaratory judgment promote prompt and efficient dispute resolution in this scenario. Id. Second, an insurer who breaches its duty to defend can be held liable for substantial damages and attorneys’ fees under chapters 41 and 42 of the Texas Insurance Code (TEX. INS. CODE § 541.152, § 542.060) and the DTPA (TEX. BUS. & COM. CODE §17.50(a)(4), §17.50(b), (d)). These consequences, the Court held, are adequate to ensure insurers will seek a favorable declaratory judgment before withdrawing a defense in most cases where a real controversy exists as to the duty to defend.

The Texas Supreme Court continued to encourage insurers to seek a favorable declaratory judgment before withdrawing a defense where there is a real controversy regarding the duty to defend. An insurer who suspects an insured colluded with a third party to secure an otherwise non-existent defense and coverage should have uncontroverted evidence of the fraud before withdrawing a defense without a judgment allowing it to do so.

Aside from the facts of this case (the insured’s admission that she and the Hurtados lied to obtain coverage), the Court offered no guidance as to what constitutes conclusive evidence of fraud. Further, the record does not demonstrate when or how Loya learned of its insured’s fraud. Loya withdrew its defense of Guevara before the conclusive deposition testimony of fraud in the coverage suit was obtained. Had the Court not accepted writ, Loya would have faced potential extra-contractual exposure.