↓ Skip to Main Content
Home › Bad Faith › Form and Substance: The Importance of Conducting a Proper Investigation of First-Party Claims Under California Law

Form and Substance: The Importance of Conducting a Proper Investigation of First-Party Claims Under California Law

A bad faith claim against an insurer often focuses as much on the process of a claims investigation as it does on the substance of a claims decision itself. If the coverage decision was wrong (but not unreasonable), and the investigation was thorough, there may be liability for breach of contract, but there is a reduced risk of liability for bad faith. In contrast, if the coverage decision was wrong, and the insurer also failed to investigate the claim properly, there is a heightened risk of bad faith. Because of this, a proper investigation of the claim is vital to preventing (or defeating) an insured’s bad faith claim. 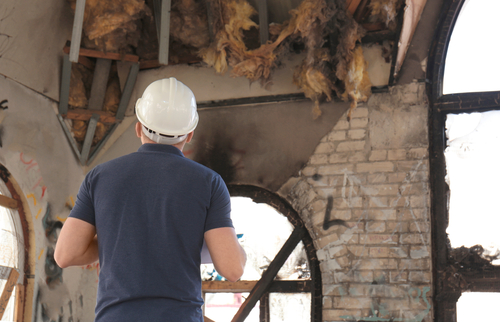 Egan v. Mutual of Omaha Insurance Company, 24 Cal.3d 809 (1979), is the seminal case in California that addresses an insurer’s duty to conduct a proper investigation, and the resulting bad faith liability that can result from an inadequate investigation. In Egan, the dispute involved a disability insurance claim in which the insurer reclassified its insured’s condition as an “illness” rather than an “injury.” This decision reduced the available benefits under the policy. In reaching this decision, the insurer relied solely on the review of available medical records and made no effort to speak to the insured’s doctors or even have the insured examined by a doctor of the insurer’s own choosing. As the Court explained, to protect an insured’s interests, “it is essential that an insurer fully inquire into possible bases that might support the insured’s claim.” The Court further explained that “[a]lthough we recognize that distinguishing fraudulent from legitimate claims may occasionally be difficult for insurers . . . an insurer cannot reasonably and in good faith deny payments to its insured without thoroughly investigating the foundation for its denial.” The Court ultimately held that “the evidence is undisputed that Mutual failed to properly investigate plaintiff’s claim; hence the trial court correctly instructed the jury that a breach of the implied covenant of good faith and fair dealing was established.”

Numerous California cases have followed Egan, finding that an inadequate investigation can lead to bad faith liability. For instance, in Jordan v. Allstate Insurance Company, 56 148 Cal.App.4th 1062 (2007), the California Court of Appeal reversed summary judgment in favor of the insurer, in part because, based on the particular facts of the case, the insurer had failed to conduct “a full, fair and thorough investigation of all of the bases of the claim that was presented.” Specifically, the insurer failed to do a number of things as part of its investigation, including: retaining an engineer to inspect the property, inspecting the inner walls and subflooring of the home despite potential coverage for hidden decay, interviewing the insured, and interviewing the insured’s expert.

In any claim, an insurer and its employees must be mindful of the requirement to conduct a proper investigation. While the scope of the necessary investigation will vary by claim, adjusters should follow the company’s established investigation procedures, and also use their common sense. If the claim involves structural damage where causation is an issue, then consider hiring a qualified structural engineer and if you don’t, then document why an engineer was not needed. If the claim involves a disability, consider retaining a medical expert. If it’s a car accident, make sure to interview witnesses. And no matter what, review all the information provided by the insured and request additional information if necessary. A full and fair investigation can go a long way in preventing a bad faith claim.

If you’re interested in learning more about this topic, and other tips to avoid bad faith claims, we are hosting a webinar on July 24, 2019. Click here to register.